First I read The Plutocrat (see prior post), and now The Magnificent Ambersons. I have spent my whole life (until recently) ignorant of the genius of Booth Tarkington. Am I solely to blame? Why didn’t English teachers and professors lecture me upon his deeply American (and Midwestern) wit and wisdom? Why didn’t friends or family members fold his books into my eager little hands? Why didn’t kindly librarians lead me to the correct shelf midway between Steinbeck and Twain and tell me that Tarkington is the third and central pillar of American letters?

Why? I don’t have time to worry about why, I have thirty-three Tarkington novels to read before my body or my brain turn to mold. Maybe reading them will work like an antiseptic and delay the moldering process. 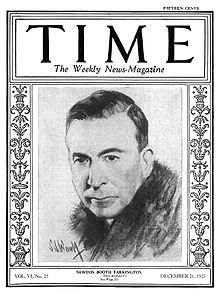