“In Conclusion:”, which reopens the most notorious murder case from Prohibition-era Chicago, is a brilliant exploration of a human rights issue that has divided America for two hundred years: capital punishment. Written, staged and performed with exceptional insight and artistry, realism and dark comedy, the play probes the inner struggles of the main players in the case: the twisted, tormented minds of the two murderers, and the equally tormented, idealistic minds of the opposing attorneys. With startling urgency, the play forces the audience to ask itself where it really stands on the death penalty. The audience must confront the issue as a matter of principle and not just a foregone “Conclusion” from yellowed tabloids and dusty old law books. 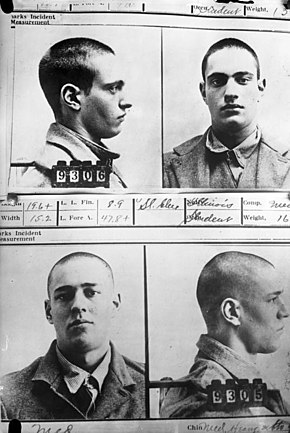 **Part of the Hollywood Fringe Festival, the final performance of “In Conclusion:”  can be seen this Thursday night in Hollywood. Go to the following: https://www.hollywoodfringe.org/projects/6189?tab=tickets 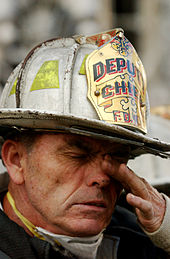 Steve Fetter’s one-man play is a moving tribute to the World Trade Center first responders who sacrificed everything to save others. With both sorrow and humor he describes his first-hand experiences with such eloquence that we can almost feel what he felt that fateful day seventeen years ago. He goes on to describe the impact that those events have had upon him and his life. Beautifully and seamlessly written, staged and performed, A Blue Sky Like No Other is a 9-11 tribute like no other that I have seen.

Is there just something naturally poetic about the speech, and the lives, of the people of Dublin? To my untrained American ears, it seems that there is indeed. I know I’m not the first to ponder the inordinate number of amazing writers who passed through Dublin’s “streets broad and narrow”: Jonathan Swift, Oliver Goldsmith, Charles Lever, Oscar Wilde, George Bernard Shaw, Samuel Beckett, Christy Brown, Maeve Binchy. Oh, and a clever lad named James Joyce. They were born with extraordinary talent, no question, but the alleys and shops of their youth may have added that extra flavor and color to their work.

One of the great poets of Dublin was playwright Sean O’Casey. I chose to read a three-play collection, comprised of Shadow of a Gunman, Juno and the Paycock, and The Plough and the Stars. In this trio of powerful plays, O’Casey managed to create characters who waxed poetic in both mundane and life-changing situations and yet retained their earthiness and authenticity. A well-honed gift of gab is almost universal among his casts of characters, but seems entirely appropriate and natural in them.

There are certain allusions and issues in O’Casey’s plays that I might have better understood if I knew more about the politics of Ireland in the 1920’s, the turbulent era depicted. But the power and poetic sensibility of his characters as they face violence, deprivation and loss are absolutely clear and universal. O’Casey told stories that needed to be told during those tragic years, and the spirit of Dublin that flowed through his veins enriched the pages of his plays for the generations of drama-lovers that came after.

But—who is Charles Lever, you ask? I’ll have more to say about that prolific Dubliner in an upcoming blog.

I’m no authority on American drama, having seen far too little good drama on the stage, and having only scratched the surface of what’s available in print. I’ve always thought, for some reason, that Arthur Miller, Eugene O’neill, and Tennessee Williams were the Big Three, universally accepted to be head and shoulders above the rest. But now that I’ve read some of the collected works of William Inge and Horton Foote, I think Big Five might be a little more accurate. And I don’t doubt for a second that there have been plenty of brilliant playwrights I’ve never even heard of.

But, of the recent plays I’ve read, the ones that really stood out and tugged my slightly-frayed heartstrings most were Inge’s Bus Stop and Come Back Little Sheba, and Foote’s The Trip to Bountiful and The Chase. These four plays are so touching and gripping that I don’t see how to distinguish them, in terms of greatness, from the plays of Miller, O’neill or Williams.

Horton Foote and William Inge wrote plays cut very much from the same cloth: they wrote about regular small town people in the midwest or south, they wrote about being poor, getting old, finding someone to love or losing that someone. They wrote dialogue that sounds like regular small town folk. They didn’t embellish, but they somehow brought to light the deep-down problems that are real and inherent for us all.

Foote’s The Chase is exceptionally engrossing, and depicts a scenario and an issue—mob violence—that was so powerfully portrayed in Theodore Dreiser’s short story Nigger Jeff a generation earlier. But Foote’s characters are complex and conflicted, which makes the drama all the more compelling. I don’t expect I’ll ever have a chance to see these terrific plays on the stage, but at least I’ve seen them come to life in my head, and there they will stay.