“What the Chronics are—or most of us—are machines with flaws inside that can’t be repaired, flaws born in, or flaws beat in over so many years of the guy running head-on into solid things that by the time the hospital found him he was bleeding rust in some vacant lot.” 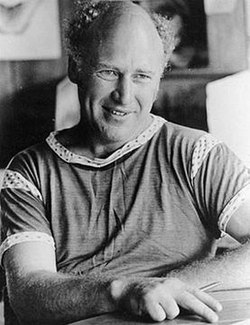 I was sitting in the backyard reading the closing chapter of a book. I sat under our dying apple tree where many flowers flourish and hummingbirds buzz right past your head. I looked up between paragraphs and there was a little bunny looking directly at me, not seven feet away. It was looking at me like it wanted to be friends but didn’t know how to start the conversation without sounding awkward. Neither did I. Before I could say something warm and endearing, it turned tail and scampered. The book I was reading was One Flew Over the Cuckoo’s Nest. I don’t know if there’s any significance. Somehow it seemed like the right book to be reading at that moment.

And I hadn’t decided to finally read the book this year because of little rabbits or because I was only waiting for the point at which our political system turns into a national madhouse. No, sometimes I just like to save good things for later. Like a reward, sort of, for being patient.

So what can one say about Cuckoo’s Nest that hasn’t been said already, except “Yup, it’s a great novel. You guys were right.” And I already knew they were right, from having seen the movie when it first screened back in 1975. Jack Nicholson gave a performance like nothing else I’ve ever seen. But most of the credit goes to Ken Kesey. He created R.P. McMurphy, and if there’s a more unforgettable character in all of American literature, let him or her swagger forward. Or, to use his own words, “I’ll eat my hat.”

Another unforgettable character is the narrator. Chief Bromden, tormented by memories, fears and visions, plays a small and silent part in the plot, but is otherwise a keen fly on the wall of the mental ward. The Chief is especially obsessed with McMurphy and the social whirlwind he stirs up in the ward. The Chief’s own mental state, already vulnerable, is caught up in the whirlwind. His impressions, his sometimes streaming consciousness, are racked by machine imagery and terror of something he calls the Combine—a huge greedy corporate/police apparatus that seems to be his personal metaphor for oppression of the working class. Kesey, only twenty-six when he published Cuckoo’s Nest, came straight from a working class environment himself.

Politically correct Kesey is not: women and numerous minorities don’t come out looking too good in this novel. But Kesey isn’t asking you to judge them in a vacuum. He wants you to see everyone, all their cruelty, the pettiness, the weakness, as products of the Combine. And he wants you to see Randle Patrick McMurphy, his fearless individualism and his rowdy zest for life, as the last, best hope for shutting the ugly thing down once and for all.

In case I wasn’t clear before about how I really feel about this book: If you believe there’s an American novel that soars any higher or morally overshadows Kesey’s Cuckoo’s Nest, it better be something by Steinbeck.