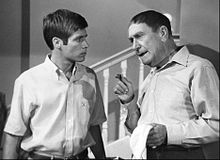 4 thoughts on “Advice offered as from a wise old uncle”