“I mean that there is a shadow of something colossal and menacing that even now is beginning to fall across the land. Call it the shadow of an oligarchy, if you will; It is the nearest I dare approximate it.” Jack London, The Iron Heel (1907)

The city has its cunning wiles, no less than the infinitely smaller and more human tempter. There are large forces which allure with all the soulfulness of expression possible in the most cultured human. The gleam of a thousand lights is often as effective as the persuasive light in a wooing and fascinating eye. 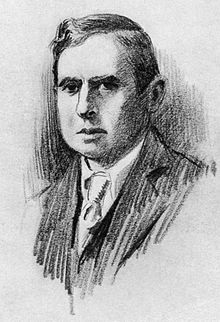 We are pawns and puppets. We are pawns of economic forces, we are puppets of misery and want. In his groundbreaking novel Sister Carrie, Theodore Dreiser writes about American capitalism and what it does to its subject citizens. We are pawns and puppets, we make choices but our choices are determined by capitalism and the steel grip it has upon our shoulders. We have basic urges that control us, we want what we see that others have, we want what we admire, what we think we need. We want things we cannot have, and once we obtain them they no longer matter to us. We worship idols, we are impressionable as lambs.

Dramatizing the power that money, or want of money, exerts over us, Dreiser’s novel, published at the dawn of the 20th Century, was one of the early American novels written from a working class perspective and focused upon the class struggle. Following in his footsteps were books like Jews Without Money by Mike Gold, A World to Win by Jack Conroy, Studs Lonigan by James T. Farrell, and the works of Steinbeck and John Dos Passos.

The story that Dreiser employs to dramatize his political theme is a love triangle—a young woman named Carrie and two established gentlemen. This sounds conventional enough in many ways but from Dreiser’s angle the love affairs are seen as economic more than romantic. They illustrate how the class struggle shapes our most intimate feelings, usually without our being aware. Dreiser takes us on a rags to riches and riches to rags journey. The bare plot sounds like melodrama, but it’s actually realism. The narration gives us in tiny detail all the circumstances motivating our three lovers, and even some of the minor characters. And, among those motivators, money is paramount.

Some of Dreiser’s prose may sound a bit stiff to our ears, and his characters’ frequent streams-of-consciousness tend to flow for many paragraphs. But his dialogue contains the rich, quirky vernacular of the times, and helps to counterbalance the above imperfections. There is great power in Sister Carrie, and its relevance as a working class novel is no less obvious today than in Dreiser’s own time.