“And now, having seen a great military march through a friendly country; the pomps and festivities of more than one German court; the severe struggle of a hotly contested battle, and the triumph of victory, Mr. Esmond beheld another part of military duty: our troops entering the enemy’s territory, and putting all around them to fire and sword; burning farms, wasted fields, shrieking women, slaughtered sons and fathers, and drunken soldiery, cursing and carousing in the midst of tears, terror, and murder. Why does the stately Muse of History, that delights in describing the valor of heroes and the grandeur of conquest, leave out these scenes, so brutal, mean, and degrading, that yet form by far the greater part of the drama of war?”

From Henry Esmond by Thackerary

“She drowsed and wakened. Surely someone would find them. Was it better to be shot than to watch her child starve? In the cold, she held him close, and he slept and woke through the night, sucking at her dry breasts.”

In her new story collection Trip Wires, Sandra Hunter has an uncanny ability to get inside the heads of ordinary people caught in the widely-scattered wars that have defined, tragically, the beginning decades of this millennium. These are the ones who can get out and the ones who can’t. These are ordinary people who, in desperation to survive, do extraordinary things.

Their stories are disturbing. With harrowing realism Hunter shows us their poverty, their scars, their journeys, their nightmares, their courage. And sometimes their humanity. The above excerpt comes from the story “Borderland”. That story is a full-force punch to the gut, depicting a young mother fleeing a nameless war in a lifeless land. But the young mother discovers human kindness in places and proportions that no one could imagine.

These stories are not for the faint of heart, and it is natural for us to avoid emotional “trip wires” that unleash the shocks and horrors of war. But the suffering is real and, lying just beneath the surface of our world, we can’t avoid it forever. Maybe, with the insights of authors like Sandra Hunter, we can learn why we need to urgently defuse those senseless conflicts that have booby trapped our present and maybe our entire future. 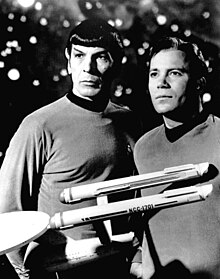 What ISIS is is the world’s largest street gang: made up, like all street gangs, of wayward and disaffected youth exploited by a handful of megalomaniacs. ISIS is simply the 18th Street gang gone viral; the Mara Salvatrucha with a Middle Eastern flavor.

Where there is poverty, there will be fertile ground for the cultivation of such groups. Where feudalism or unbridled capitalism create such disparities between rich and poor, haves and have nots, a violent discontent is often the chief economic product. As long as poverty rampages, so will its youth.

This concept may not provide much insight for dealing with ISIS in the short term, but is it possible we might want to use a little foresight as well? When ISIS is old news, who will be the new bully on the block? Who will be the new boyz in the hood?

It’s only right that we honor the people who have fought for us against tyranny and aggression.  But please remember that going to war is not always right or justified.  We have been wrong just as many times as we have been right, I’m afraid.  We must make better decisions.  And we must honor peace more than war.  Books I have read in the recent past have said it much better than I could ever say it:

And some day we’ll remember so much that we’ll build the biggest goddamn steamshovel in history and dig the biggest grave of all time and shove war in and cover it up. — Ray Bradbury, Fahrenheit 451 (1950)

The soldier never becomes wholly familiar with the conception of his foes as men like himself; he cannot divest himself of the feeling that they are another order of beings, differently conditioned, in an environment not altogether of the earth. — Ambrose Bierce, “A Son of the Gods”, Tales of Soldiers and Civilians (1892)

. . . all the scenes he had since been through had not dimmed the horror, the terror of that moment, when his boy comrade fell, with only a breath between a laugh and a death groan. — Hamlin Garland, “The Return of a Private”, Main-Travelled Roads (1891)

In trench warfare five things are important: firewood, food, tobacco, candles, and the enemy.  In winter on the Zaragoza front they were important in that order, with the enemy a bad last. . . The real preoccupation of both armies was trying to keep warm. — George Orwell, Homage to Catalonia (1938)

One of the most horrible features of war is that all the war-propaganda, all the screaming and lies and hatred, comes invariably from people who are not fighting. — George Orwell, Homage to Catalonia (1938)

It was like an allegorical picture of war; the trainload of fresh men gliding proudly up the line, the maimed men sliding slowly down, and all the while the guns on the open trucks making one’s heart leap as guns always do, and reviving that pernicious feeling, so difficult to get rid of, that war is glorious after all. — George Orwell, Homage to Catalonia (1938)

It is doubtful whether our soldiers would be maintained if there were not pacific people at home who like to fancy themselves soldiers.  War, like other dramatic spectacles, might possibly cease for want of a ‘public’. — George Eliot, The Mill on the Floss (1860)

Above all, innocence alone

Commands a kingdom of its own.

This kingdom needs no armed defense,

No horseman, nor that vain pretence

Of Parthian archers who, in flight,

Shoot arrows to prolong the fight.

It has no need of cannon balls

And guns to batter city walls.

To have no fear of anything,

This is the kingdom every man

Gives to himself, as each man can.

Peace and obscurity are all I seek. . .

Death’s terrors are for him who, too well known,

Will die a stranger to himself alone.